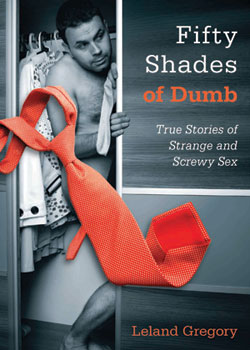 Sex. It’s something that’s on everyone’s mind. But the minds that thought of the weird, strange, and stupid sex acts that are reported in Fifty Shades of Dumb: True Stories of Strange and Screwy Sex are a breed of their own—and unfortunately some of them try to breed on their own.

Every year, eleven thousand Americans injure themselves while trying out wacky sexual positions and even wackier partners. Sex with teddy bears; exchanging oral sex for Chicken McNuggets; sexually harassing dog, pumpkins, plumbing fixtures, and anything with or without a pulse – these people take freaky fetishes to a new frontier.

Acknowledging America’s renewed fascination with sex, Fifty Shades of Dumb isn’t a parody – it’s a real-life look at the really weird things people do to get their jollies. Taken from national newspapers, magazines, radio, and television, the stories from Fifty Shades of Dumb are all true and all truly naughty. 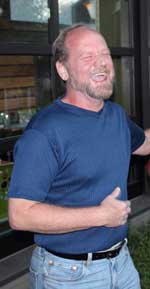 If it would shock you to learn that Benjamin Franklin didn't discover electricity, you'll appreciate this take on hundreds of historical legends and debacles. Historians and humorists alike may be surprised to learn that: